The infamous metal cages of Qalandia checkpoint are part and parcel of Yara al-Bargouthi’s regular commute to her secondary school in Jerusalem.

“Everyday I wake up at around 5:20 a.m. I leave the house by 6 a.m. and head to Qalandia checkpoint,” said Yara to Defense for Children International - Palestine.

“Once we reach Qalandia checkpoint, we get off the first bus and enter the security checking area by foot. Then, we get on a bus again, on the other side of the checkpoint.”

Yara said that by the time she reaches school, all she wants to do is sleep.

This was not always the case for school children in Kufr Aqab, a neighborhood on the northeastern edge of Jerusalem. Most of the town’s land lies inside the city’s municipality. 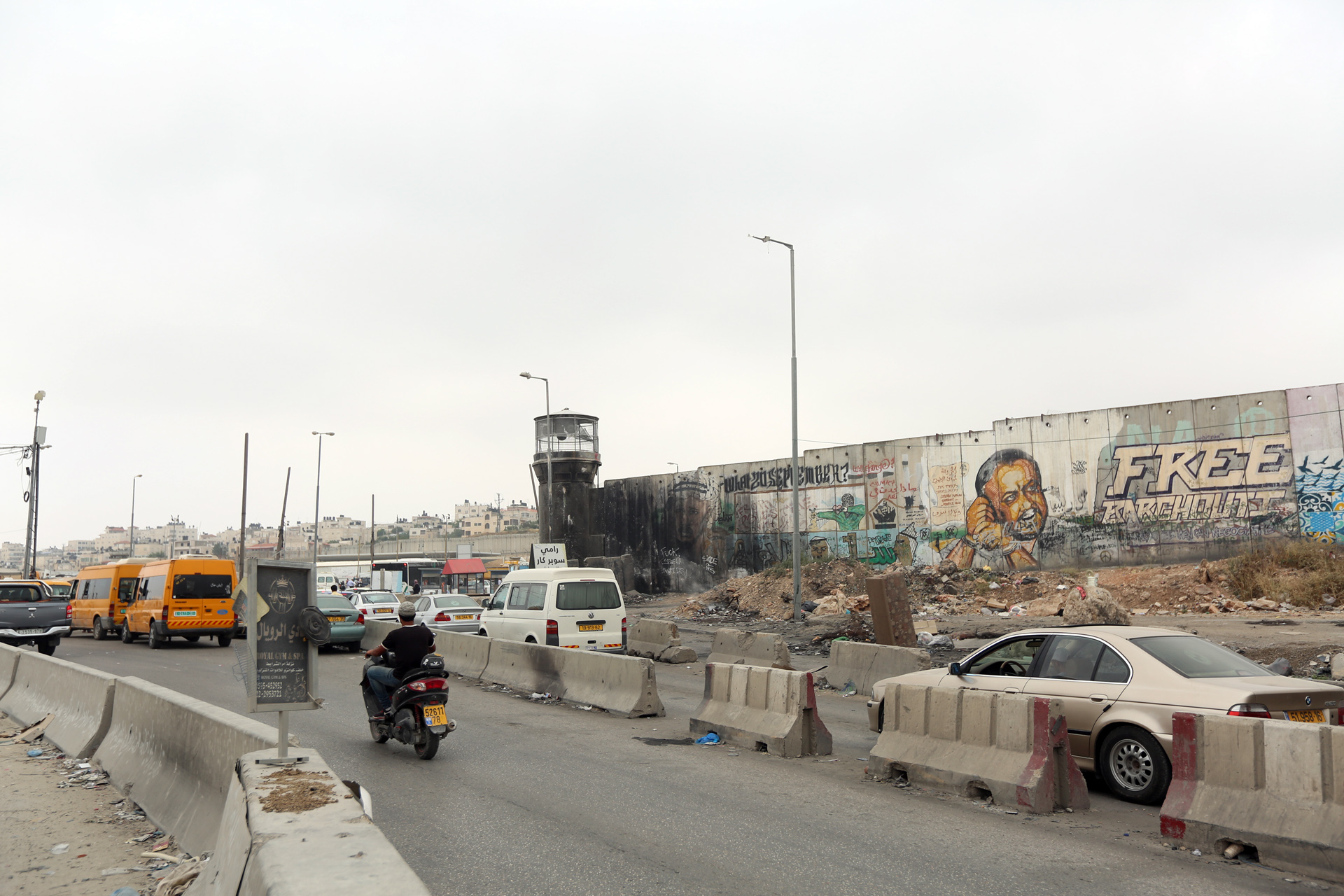 Today, the 13-year-old girl lives in a kind of municipal “no man’s land.” Garbage flaps in every corner and views of block housing high rises are only interrupted by cars.

Garbage flaps in every corner and views of block housing high rises are only interrupted by cars.

Yara described the area as unsafe, overcrowded, and badly underserved.

In May 2018, DCIP conducted an anonymous survey of 30 children living in Kufr Aqab, including 16 male and 14 female participants. The survey focused on children’s first-hand experiences with municipal service delivery and perceptions of safety. 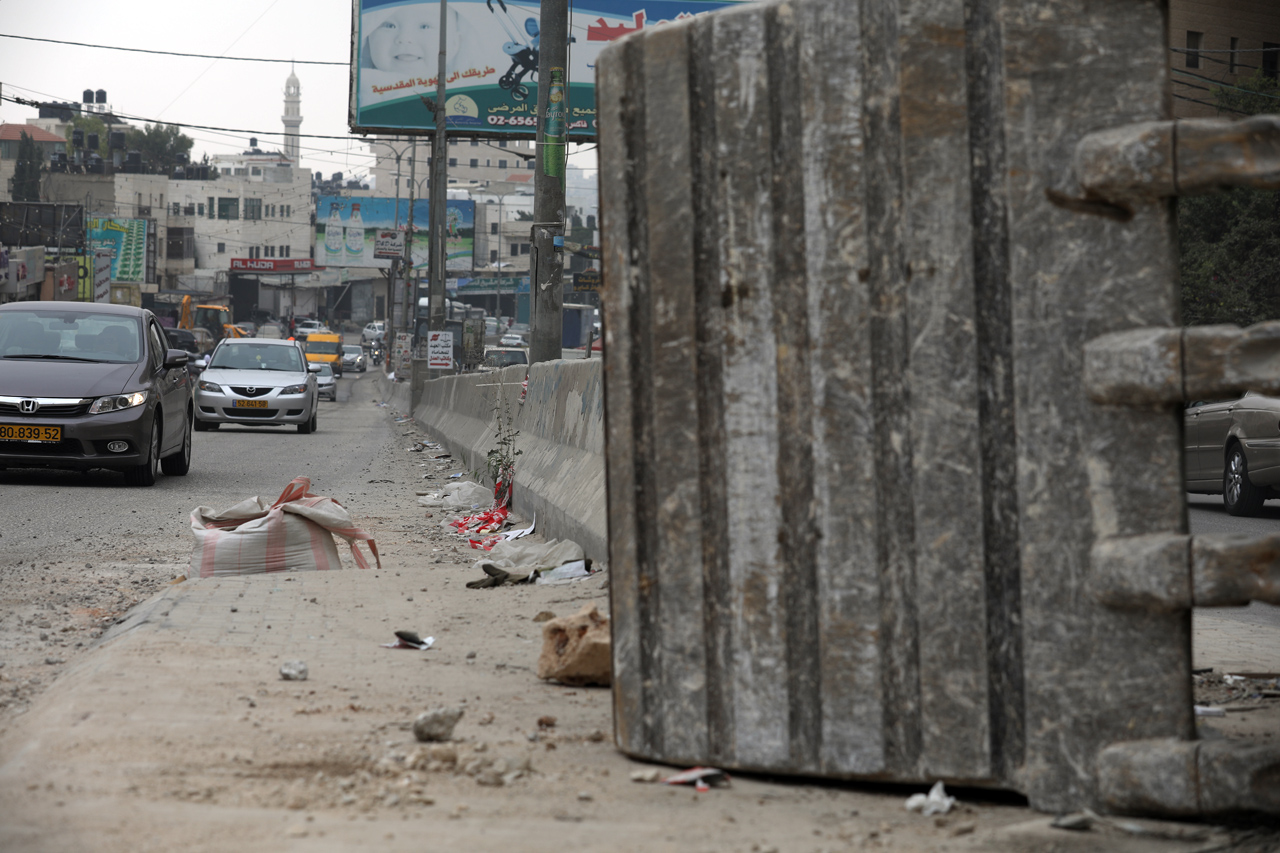 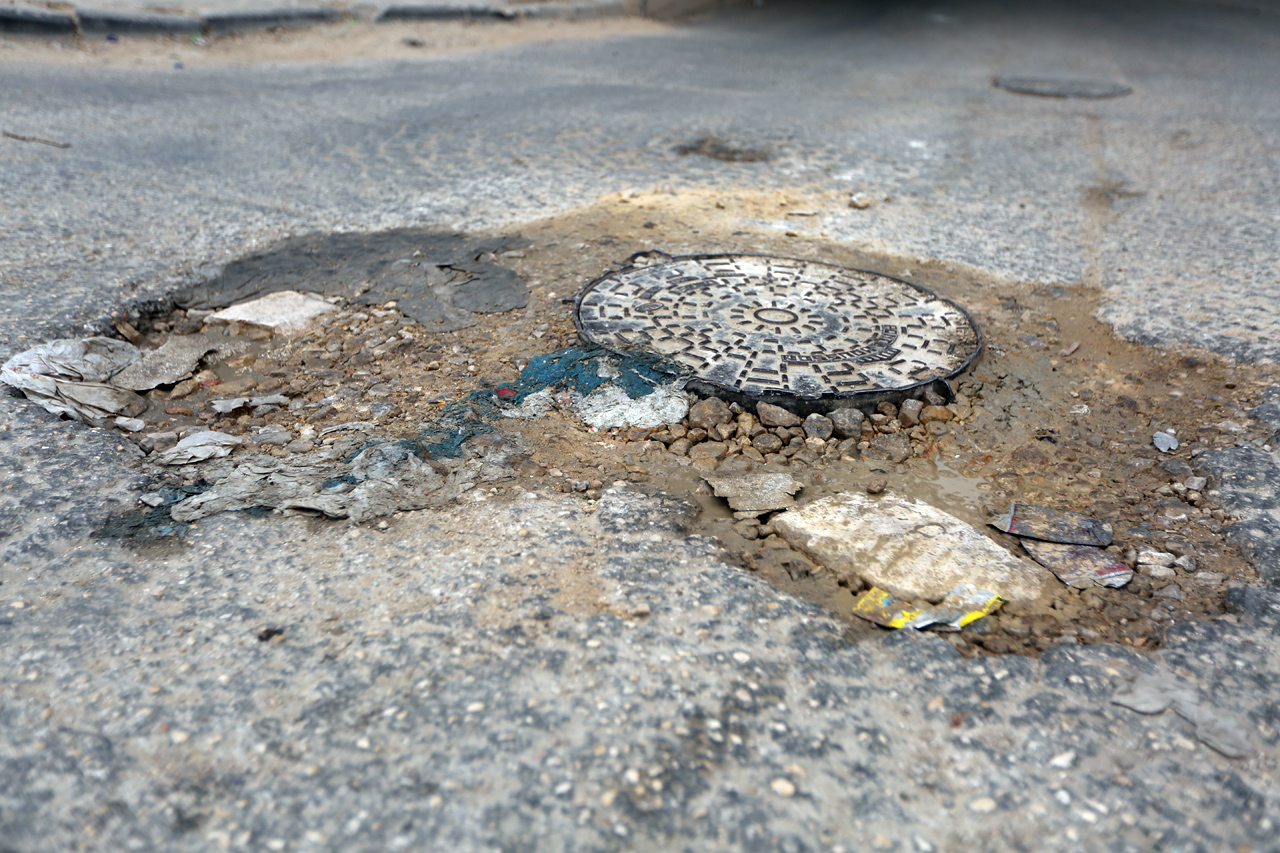 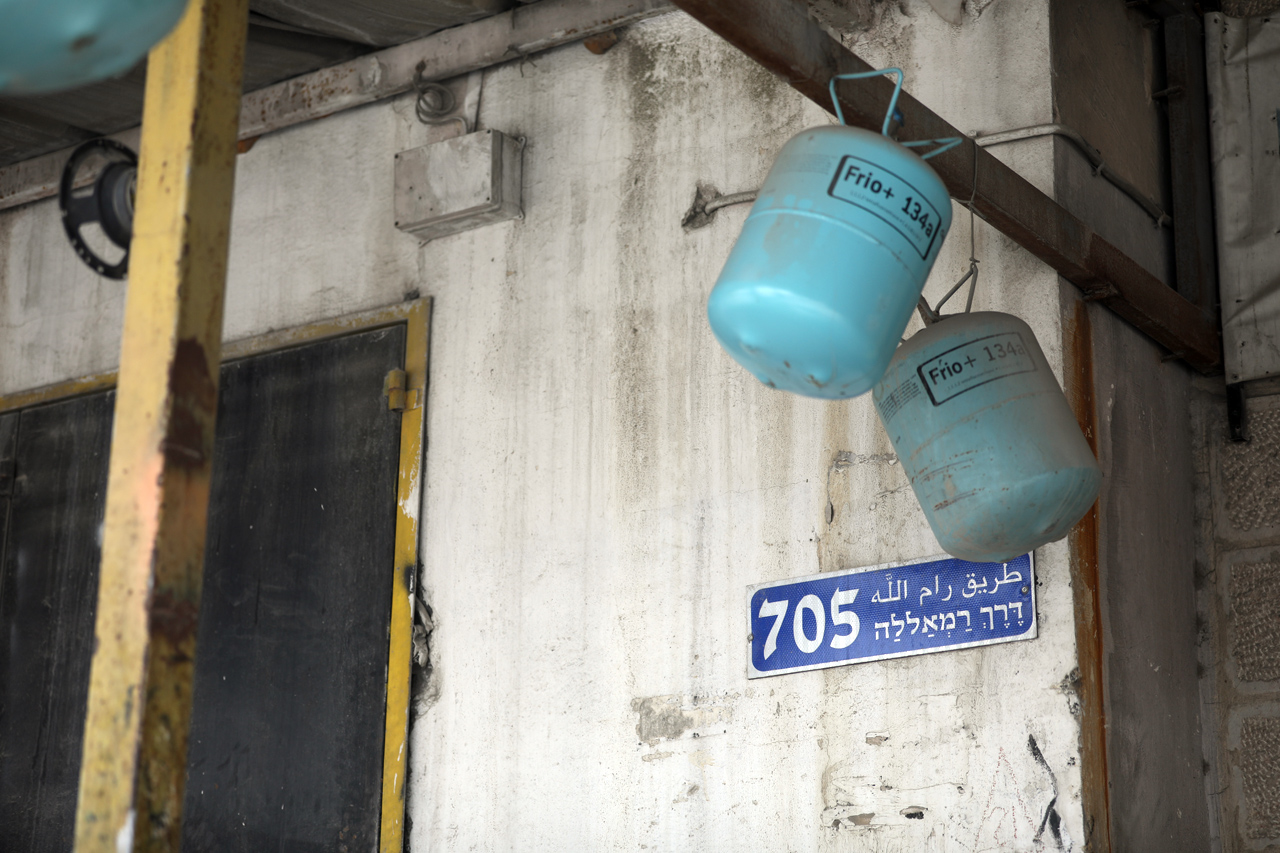 Every single child surveyed felt the town’s streets are overcrowded with both cars and people. Roads are frequently left unrepaired and the garbage not collected, 21 children said. Sewage lines are not properly maintained, 19 children said.

Ashraf Thabateh, public relations coordinator for Kufr Aqab, told DCIP that solid garbage in most of the neighborhood is collected four days per week by a contractor hired by the Jerusalem Municipality. The Palestinian Authority only collects garbage in a small area of Kufr Aqab that falls outside of the official Jerusalem municipal lines.

Given the high population density, Thabateh said, the garbage pick up schedule is inadequate. Burning bins of garbage on the street is a frequent scene and the municipality neglects road repair, according to Thabateh.

Another visibly absent service in Kufr Aqab is police oversight. Israeli police only enter the neighborhood for raids and Palestinian police have no jurisdiction.

Most of the children DCIP surveyed, 70 percent, said they did not feel safe in Kufr Aqab. Many routinely heard the sounds of gunshots, with 13 reporting that they heard this sound on a daily basis. Another 13 reported hearing gunshots at least weekly. 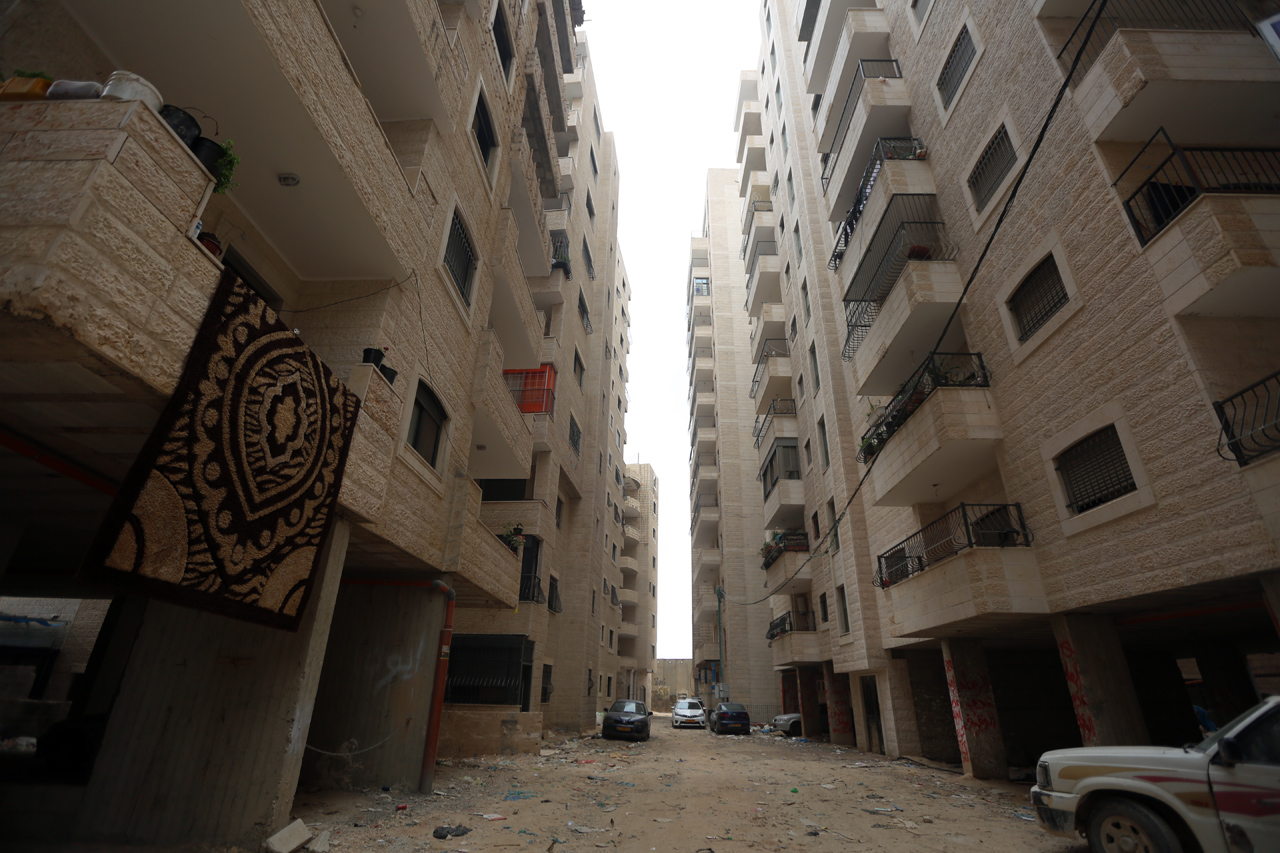 “Our house is five minutes away from the separation barrier. On many days, Israeli forces raid the neighborhood when clashes occur and fire live ammunition, rubber bullets, gas and sound bombs in the area,” said Adam Misk, a 15-year-old resident.

Adam pointed out that guns are not only discharged by Israeli forces, but also by armed residents during community conflicts. Overcrowding, he said, has sometimes sparked social tensions.

“The last problem that happened in the neighborhood was between two families who fired at each other because of a parking space,” said Adam.

“I wish that Kufr Aqab could become a beautiful town with clean, broad streets, and spaces between buildings and good parking spaces,” said Adam, “I know it’s almost impossible, but I still wish for it,” he added. 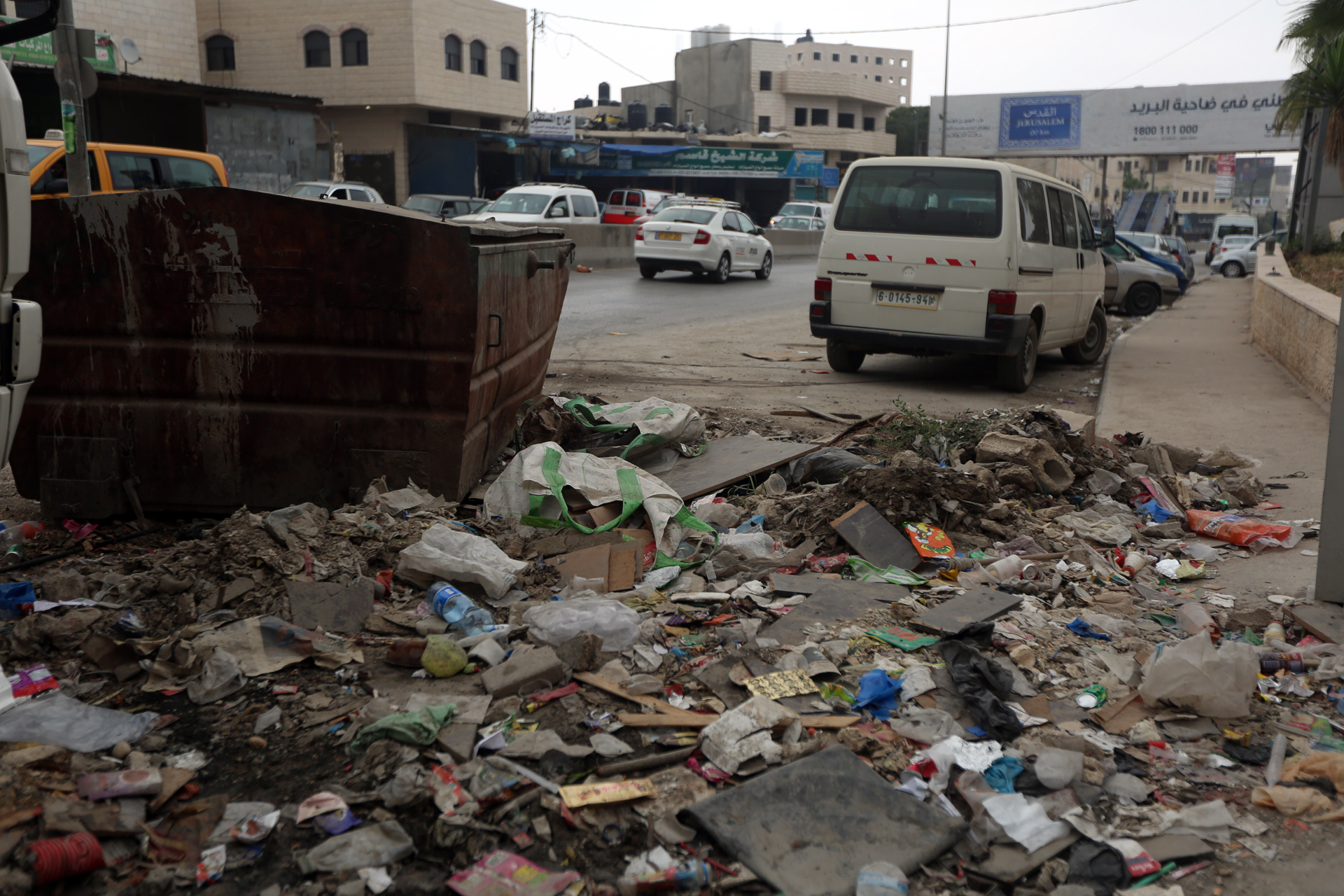 With random gun violence and congested streets, 70 percent of the children surveyed said their main location for play is inside their own homes.

Against such an unwelcoming backdrop, it is hardly surprising that nearly half of the children surveyed said that they wish to leave Kufr Aqab and live on the other side of the separation barrier.

Kufr Aqab has become a sanctuary for those seeking to preserve both Jerusalem status and family unity.

But for the 80 percent of surveyed children living in the neighborhood for family unification purposes, such a move would be impossible. Under Israel’s Entry into Israel and Family Unification Law, when a Palestinian with permanent residency in Jerusalem marries a spouse in the West Bank, the spouse and children are not guaranteed Jerusalem residency. Without legal status, even entering the city requires an Israeli permit.

To make matters worse, if the spouse who holds Jerusalem permanent residency status moves beyond the city limits, there is a risk of residency revocation, based on Israel’s “center of life” policy.

As a result, Kufr Aqab has become a sanctuary for those seeking to preserve both Jerusalem status and family unity. 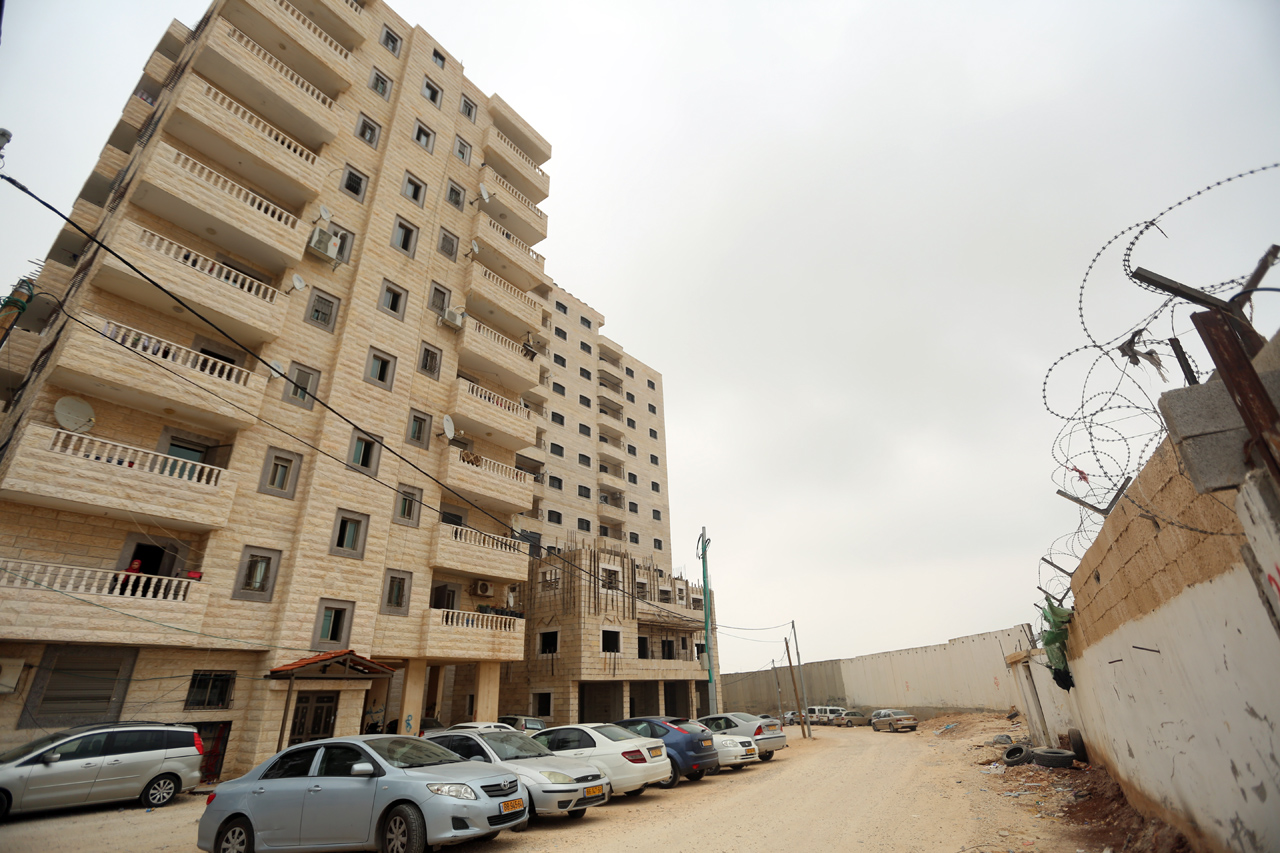 Others seeking to maintain their Jerusalem residency status but without the financial means to pay city rents also move to Kufr Aqab. An apartment in Kufr Aqab costs roughly half of what it would cost in some parts of East Jerusalem inside of the separation barrier, Thabateh estimated.

Approximately 60,000 Palestinians now live in the Kufr Aqab according to a 2017 report by the Association for Civil Rights in Israel (ACRI), with many projecting aggressive population growth in coming years.

To Thabeteh, poor living conditions coupled with the high population growth are bringing the neighborhood to a tipping point. He told DCIP, “If the situation continues as it is here, there will undoubtedly be a disaster.”