Five things you need to know about East Jerusalem 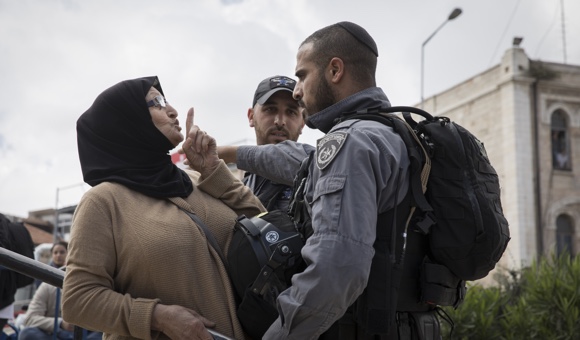 1. East Jerusalem is not inside Israel.

2. Most Palestinians in Jerusalem have residency status only.

Most Palestinians living in East Jerusalem have a legal status called “permanent residency.” Despite what the name suggests, it is a provisional and revocable status. While it comes with some basic rights and services, Israel can revoke this status at any time.

Israeli rights group HaMoked reported that over 14,500 Palestinians have been stripped of their permanent resident status since 1967. When this status is revoked, Palestinians from Jerusalem are forced to move out of the city and can no longer enter Jerusalem without a permit.

In this way, Israel uses residency revocation as a tool of forcible transfer, which is illegal under international law. What is more, Israel has continuously expanded the grounds on which residency can be revoked.

After 1967, Israel drew up planning zones for Jerusalem. Israel designated just 13 percent of land in East Jerusalem for Palestinian residential use, according to the Office for the Coordination of Humanitarian Affairs (OCHA). The rest of East Jerusalem is zoned for parks, public infrastructure, Israeli settlements, or is unplanned.

Most of the 13 percent is already built up, making it impossible for housing in this small area to meet the needs of a growing population.

When Palestinians build homes outside of this zone, they cannot obtain the mandatory Israeli building permits. As a result, they live under the constant threat of demolition and homelessness.

Today, over 200,000 Israeli settlers live in Jewish-only settlements in occupied East Jerusalem. Under the Fourth Geneva Convention, it is illegal for the Occupying Power to transfer its own civilian population into the occupied territory.

5. Palestinians outside Jerusalem cannot enter the city without an Israeli permit.

Jerusalem has many sites of great religious importance in Jewish, Muslim and Christian traditions. Palestinian Christians and Muslims used to travel freely to revered sites in Jerusalem before 1967. Now, Israel stops the 4.5 million Palestinians living in the West Bank and Gaza from entering Jerusalem by default.

Palestinians may apply for Israeli visitation permits, to enter Jerusalem. However, these permits are difficult to obtain and are for limited periods of time. There are often eligibility restrictions on who may apply for these permits, based on age and gender.

The policy also cuts Palestinians outside of Jerusalem off from family members, services, cultural activities and economic opportunities in the city.

It’s time to demand an end to Israel’s discriminatory laws and policies targeting Palestinians in East Jerusalem. Sign the Petition.