Cracks mysteriously appeared one day in the walls of the Abu Rmeileh’s 21-year-old family home in the Wadi Hilweh neighborhood of Silwan, East Jerusalem. At first the father of five, Ashraf, thought the cracks were from normal wear and tear. He made repairs. But months later, more cracks surfaced.

These spread and deepened, stretching out in long lines across whole rooms. The floor tiles, previously in a tight grid, began to buckle and pop loose. 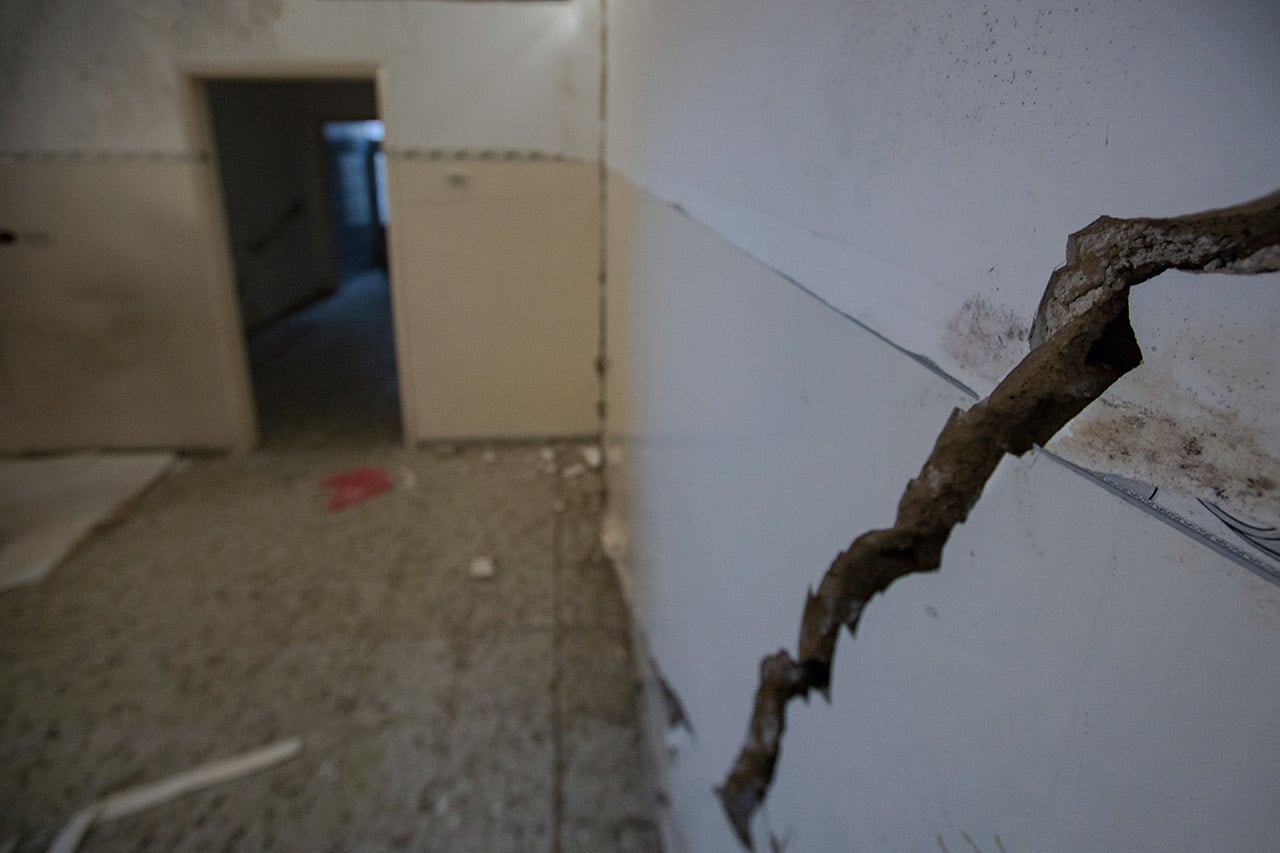 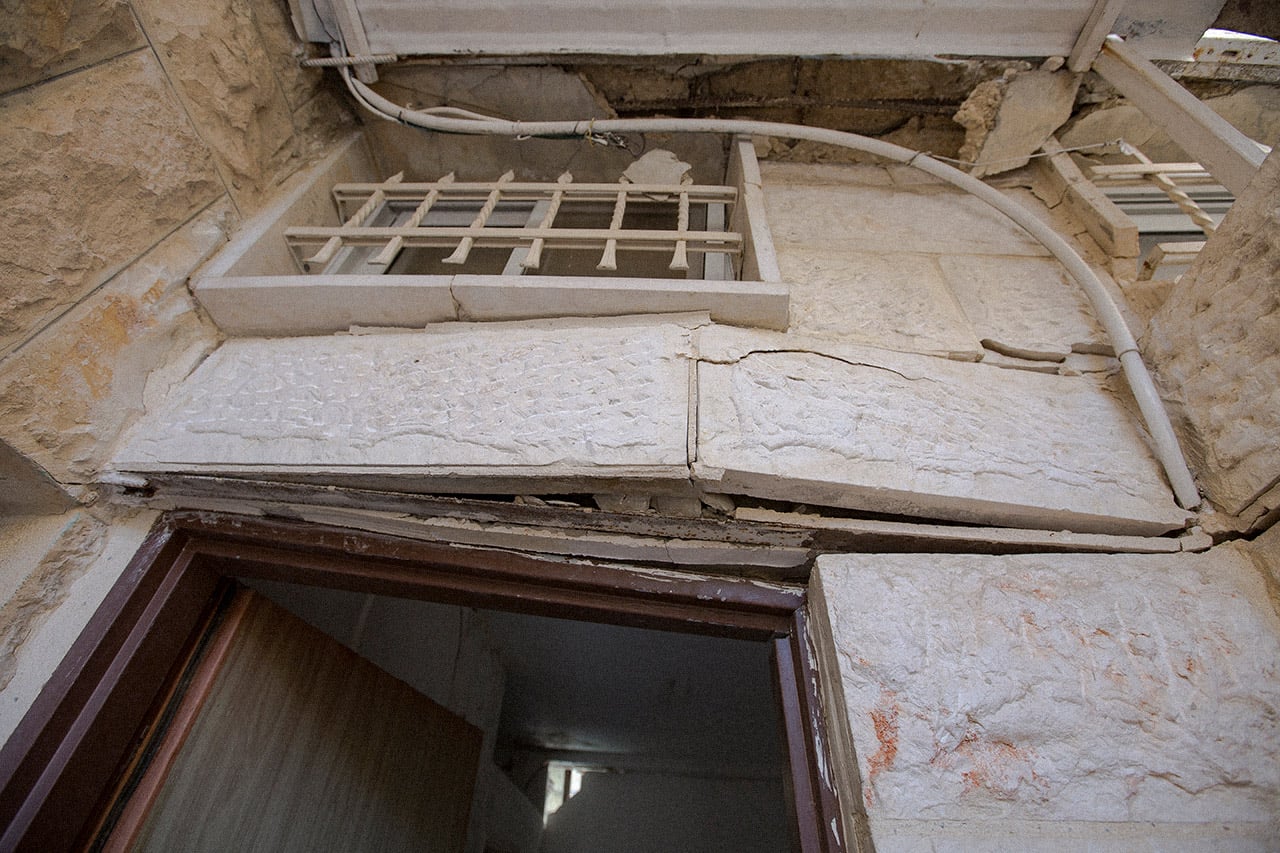 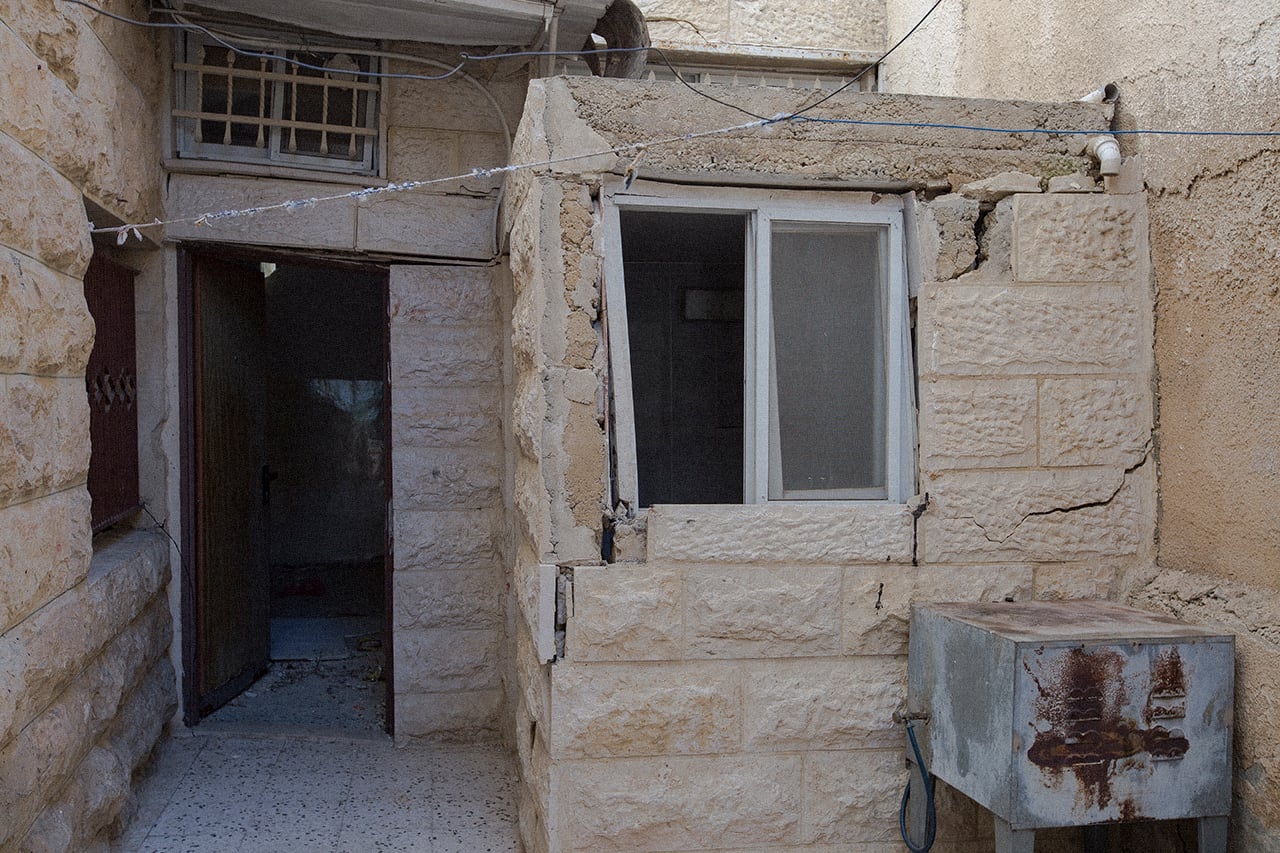 Abu Rmeileh turned to the Wadi Hilweh neighborhood information center for answers. There, he learned that active Israeli archaeological excavation was taking place directly beneath his house.

The excavations were part of an Israeli settler sponsored project, “King David’s Garden.” The project, which was sanctioned by Jerusalem’s mayor, aims to uncover evidence of ancient biblical gardens. When complete, King David’s Garden will be an Israeli archeological tourist park with a large visitor center.

It’s no secret that shifts in soil can compromise the integrity of stone masonry, the primary type of residential structure in Silwan. Journalists and rights groups have reported on multiple occasions that excavations under Silwan have resulted in damage to Palestinian schools and homes. 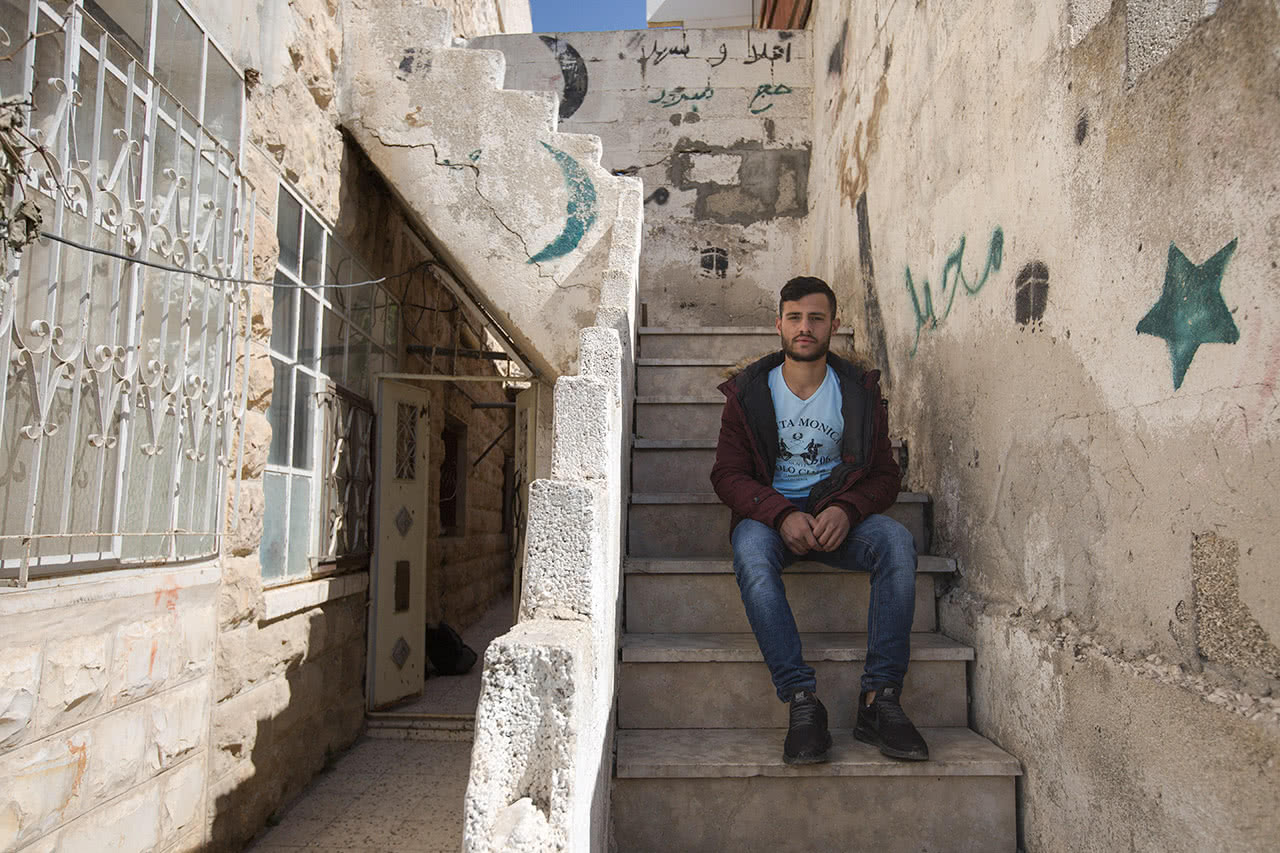 As time went on, fissures emerged and the floor tilted.

The family sought the expertise of engineers and inspectors to see whether there was anything they could do to save the house. Each of them deemed the house uninhabitable and urged the family to move out.

They were not wrong. As time went on, fissures emerged and the floor tilted. One day, a section of the living room ceiling collapsed, narrowly missing Mohammad.

With sadness, the family packed up their belongings. 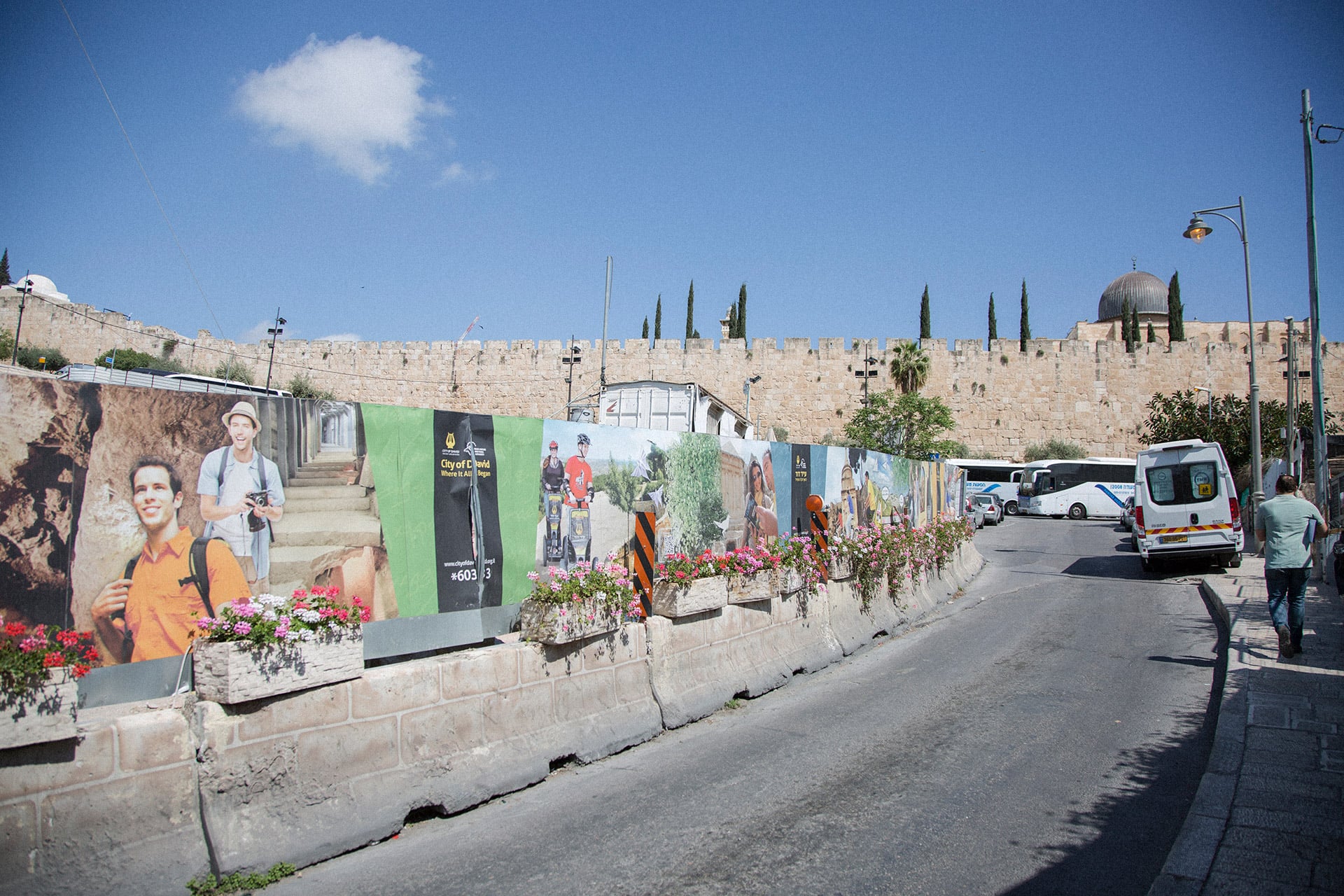 Archaeological projects are only one of a bevy of Israeli activities, laws, and policies that are creating unequal access to land and shelter for Palestinians in East Jerusalem.

Although East Jerusalem is Occupied Palestinian Territory (OPT) under international law, Israel considers it part of its own territory, since militarily seizing the area in 1967. International bodies never recognized the annexation.

The UN Security Council reaffirmed in 1968 that the “acquisition of territory by military conquest is inadmissible.” Resolution 252 also called any attempt to change the status of the city “invalid.”

Israel nonetheless began occupying and administering East Jerusalem with a stated goal of maintaining a Jewish demographic majority in Jerusalem. 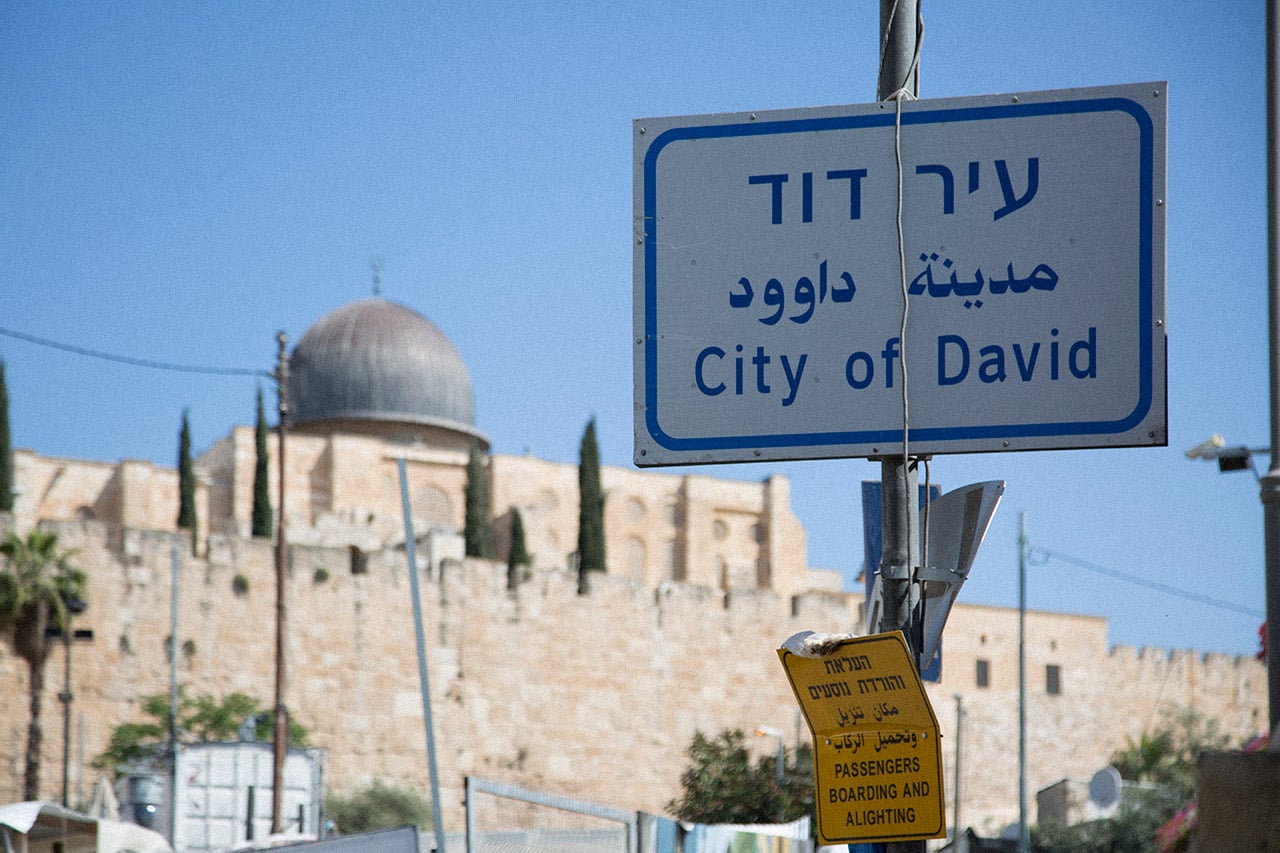 Under Israel’s zoning plans, Palestinians residential construction can only take place in 9.18 of the 70.51 square kilometers of East Jerusalem.

The rest is zoned for green space, public infrastructure, expropriated for illegal Israeli settlements, or is unplanned, according to the Office for the Coordination of Humanitarian Affairs (OCHA). 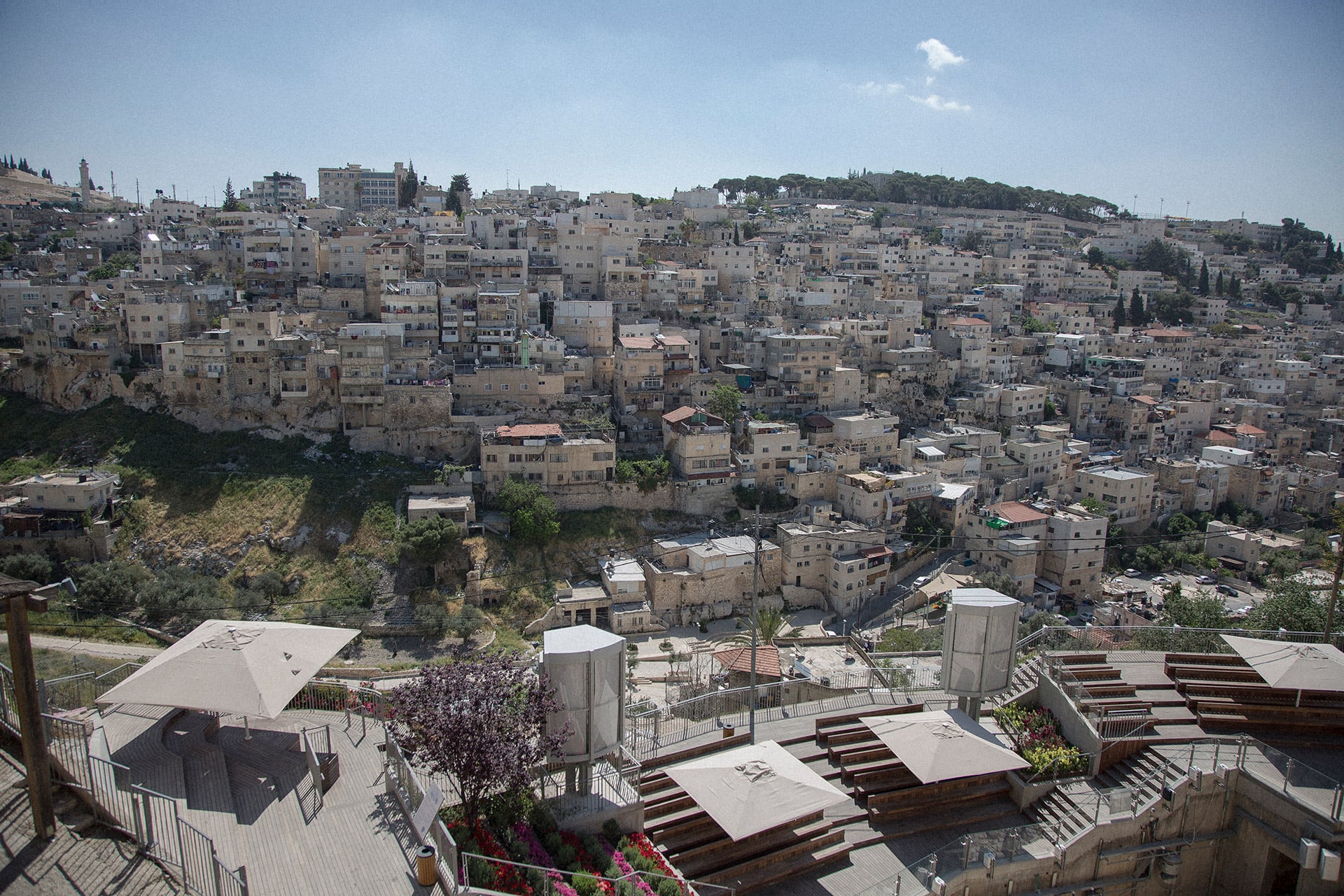 Murad Abu Shafe, the head of the land and real estate committee in Silwan, estimated that roughly three percent of Palestinian homes in Silwan have building permits.

The rest, including Abu Rmeileh’s, were built without Israeli permits. This means there is no legal recourse for damage to unpermitted structures like Abu Rmeileh’s from archaeological excavations.

It also means many in Silwan are at risk of displacement. Home demolitions are one of the central methods Israel uses to enforce its planning zones and associated permitting process.

Last year, Silwan was one of the neighborhoods most impacted by Israeli home demolitions, OCHA reported. Across the city, Israel demolished 142 Palestinian structures. 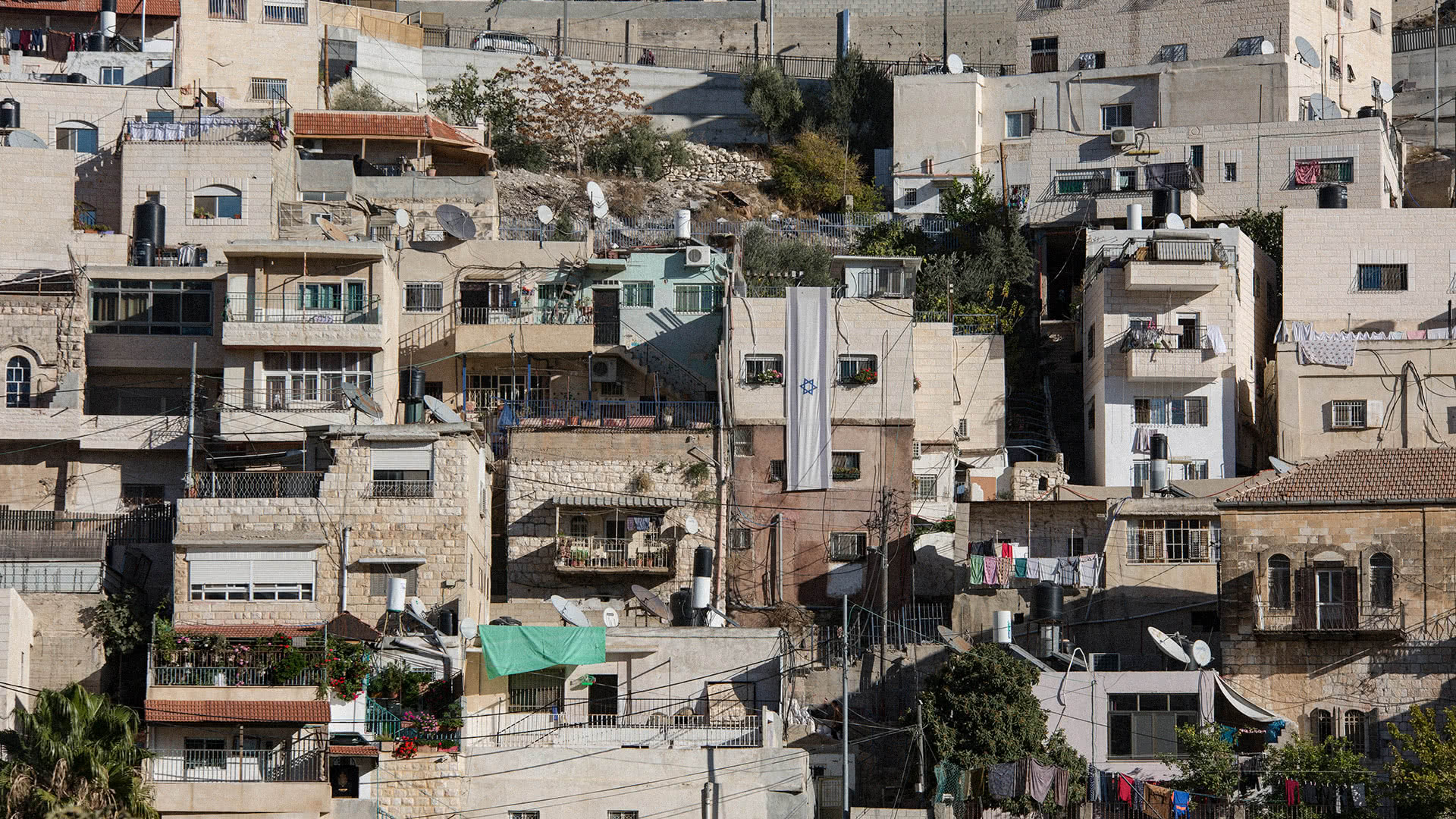 Settler groups are also forcing Palestinians in Silwan and other East Jerusalem neighborhoods out of their homes. At times, these take the form of violent home takeovers.

Other times, settler groups use legal court battles to evict Palestinians. In 1970, Israel passed a law allowing Israeli citizens who lost properties in 1948 to reclaim these properties. No parallel law allows Palestinians to regain properties lost in the same period.

Sheikh Jarrah, approximately 2.5 miles north from Silwan, is a notable example of how this law is displacing Palestinians.

At the end of 2016, 24 structures and 66 households in Sheikh Jarrah had eviction cases filed against them. If carried out, the evictions will impact a total of 263 Palestinians, including 92 children. Another 114 households in other Palestinian parts of East Jerusalem are also at risk, including five in Wadi Hilweh.

When DCIP visited the Abu Rmeileh family in March of 2018, they were renting a house in another part of Silwan. Abu Rmeileh said he had taken a second job at night to afford the high rent.

Mohammad said it had not been easy to adapt. “I hope that we can find a solution for our home, and that my family and I return to it again and live there without any danger.”