Tourists flock to Jerusalem to be dazzled by ancient architecture, worship at sacred religious sites, and snap shots of iconic vistas. But few who visit could tell you what conditions Palestinians who live there are afforded, what budgets pave their roads and build their schools, or what policies come into force when their children are accused of running afoul of the law.

At the center of these questions lies the issue of status — the status of East Jerusalem and the Palestinians who live there.

In 1967, the Israeli military annexed East Jerusalem, in contravention of principles of international humanitarian law and international law, declaring a “unified Jerusalem.” The revered Old City and some 30 Palestinian villages were de facto annexed into Israel, and came under Israeli occupation.

Permanent residency is the same status given to foreign nationals who want to reside in Israel. For Palestinians, the status comes with some benefits such as eligibility to vote in municipal elections, health care and greater theoretical protections under Israeli civilian law. However, this status does not provide the right to vote in Israeli parliamentary elections, despite taxation, nor is it automatically passed down to children.

While some Palestinians in Jerusalem do hold citizenship, the vast majority opt for permanent residency. International law still holds East Jerusalem to be under Israeli military occupation, and many see applying for citizenship as validating Israeli sovereignty over the occupied city. Those who do apply for Israeli citizenship only have a success rate of about 40 percent, according to Human Rights Watch.

What differentiates permanent residency from citizenship is that it can be revoked at any time, without due process or trial. It is essentially a provisional status, at the discretion of Israel’s Interior Ministry. 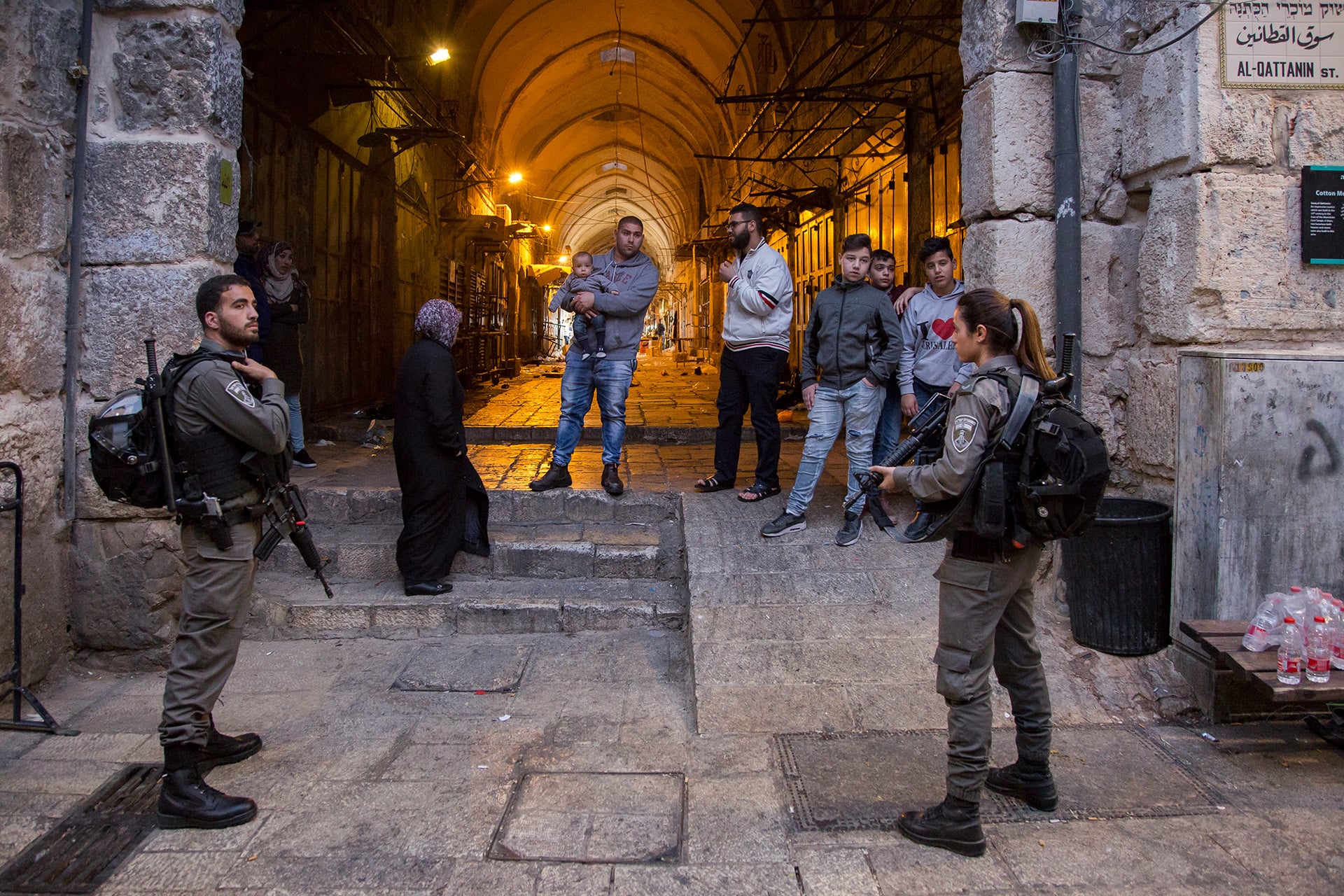 Israel has continually expanded the grounds on which residency can be revoked, building and adding on previous laws such as the 1952 Entry into Israel law. Most recently, on March 7, Israel ratified a new law allowing Israel’s Interior Minister to revoke Palestinians’ permanent residency status in Jerusalem for “breach of loyalty” to Israel.

When Palestinians lose their permanent resident status, they lose their ability to live in Jerusalem, or even enter the city without a permit. They also lose their health insurance, and potentially their employment, if they can no longer travel to a job in Jerusalem.

When Palestinians lose their permanent resident status, they lose their ability to live in Jerusalem, or even enter the city without a permit.

The “center of life” policy puts financial pressure on families, not allowing for the financial ups and downs in a family’s economic life. Even though the cost of living is much lower in the West Bank, families may not leave East Jerusalem during a financial downturn because of the risk of residency revocation.

Palestinian families with one parent from East Jerusalem and one from the West Bank also face challenges because of restrictions around transferring permanent residency status to family members.

“Exhausting” is the word Safa Ghateet used to describe her children’s registration process to Defense for Children International - Palestine.

Ghateet submitted applications five times over to Israel's Ministry of Interior between 2012 and 2017 in order to register her two children, Azmi, 5, and Merana, 4, as permanent residents of Jerusalem. She is a Jerusalem resident and her children were born there.

Her husband lives in the West Bank city of Ramallah, cut off from the family not just by Israel’s separation barrier, but also Israel’s Citizenship and Entry into Israel law. The law prevents spouses in the West Bank or Gaza from gaining permanent resident status in Jerusalem. It also complicates the process of acquiring residency for children born to families where one parent is without Jerusalem residency.

The Convention on the Rights of the Child entitles every child the right to registration immediately after birth.

Despite this, birth registrations for 2,569 Palestinian children in East Jerusalem were rejected, suspended, or left pending between January 1, 2013 and July 31, 2017, according to data obtained by Jerusalem Legal Aid and Human Rights Center (JLAC).

The total number of Palestinians living without legal status in East Jerusalem is difficult to determine since these individuals largely live under the radar. They face great difficulty accessing services that require residency documents as a prerequisite, such as education or acquiring permits to build a home. 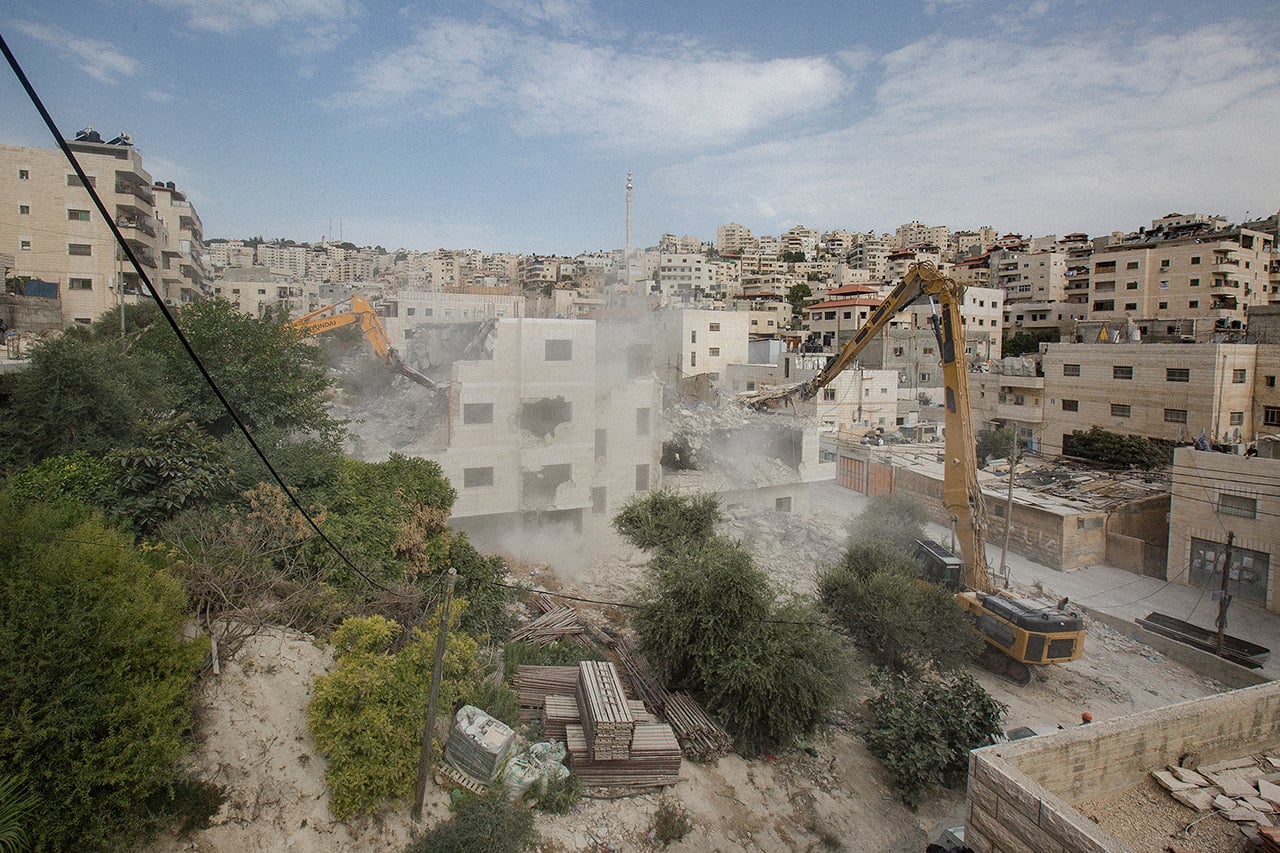 If Palestinians build or add on to a house in East Jerusalem without acquiring an Israeli permit, they run the risk of facing a demolition at a later time and becoming homeless.

Between January 1, 2016 and April 5, 2018, 77 Palestinian residential structures were demolished, sealed off or confiscated because of a lack of permit, according to the UN Office for the Coordination of Humanitarian Affairs (OCHA). Consequently, 505 Palestinians were displaced, including 265 children.

Lack of official status is only one of several factors which make Palestinians vulnerable to Israeli demolitions and evictions. Discriminatory property and zoning laws, punitive demolitions, and violent settler home takeovers, all eat away at the resilience of Palestinian communities in Jerusalem.

Those that manage to remain are packed into overcrowded areas where the city underfunds or outright denies services.

If detained, Palestinians juveniles in East Jerusalem can expect protections held out by Israel’s Youth Law to pass them by.

Palestinian children found guilty of a crime like stone-throwing can likewise expect to get hit with exceedingly harsh sentences.

For Palestinians in Jerusalem, the city is not a glossy brochure promising respite and culinary delights. It is a punishing place, always dangling a carrot and a stick.